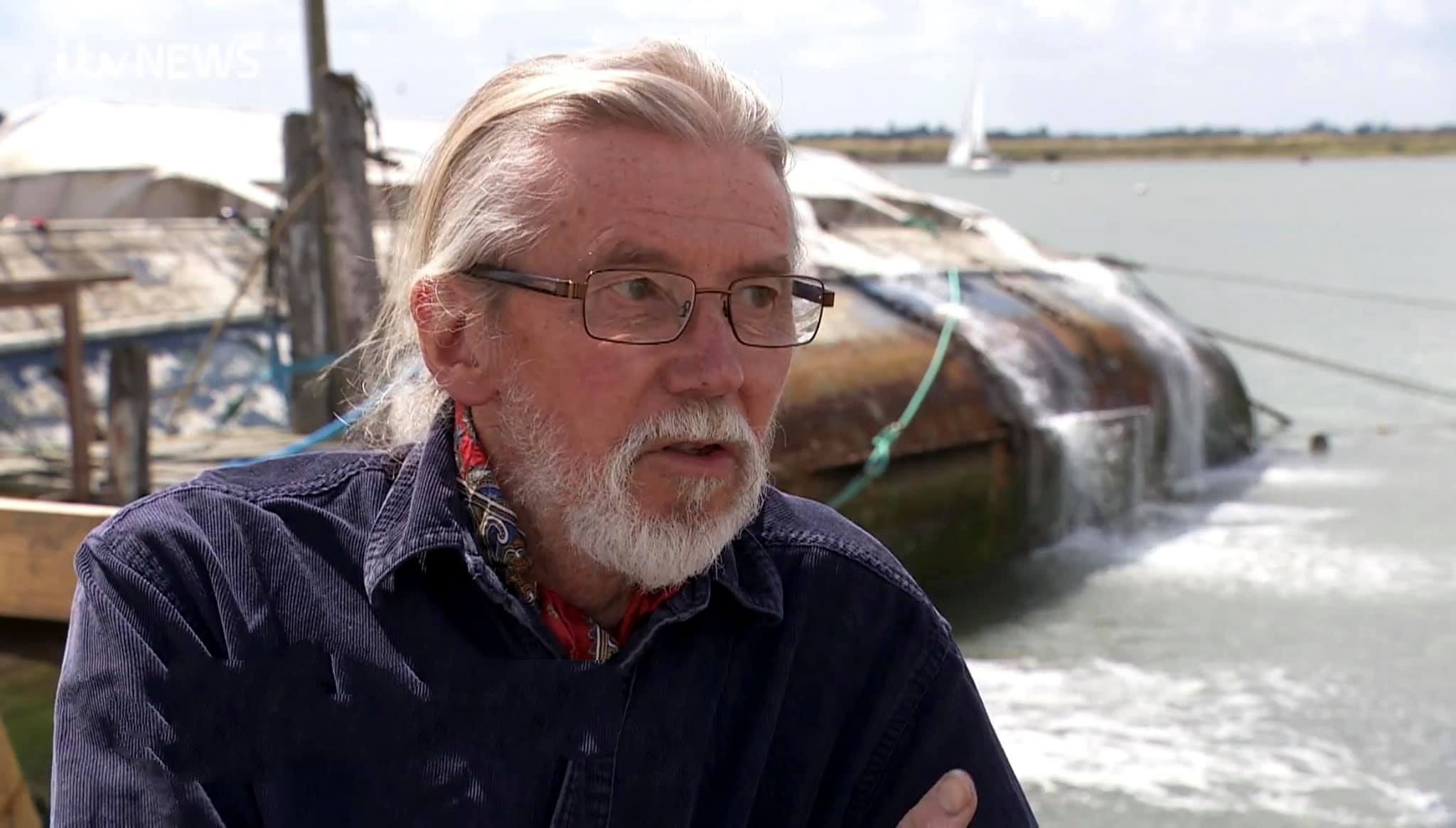 IF YOU WOULD ACHIEVE A GREAT TASK, FIRST BEGIN IT.

The above sentence very much suits our project. We did not devise it, but borrowed it from a wise old Chinaman, possibly the same chap who stated that a journey of a thousand miles starts with the first step.

In truth we took our first step thirty years ago when Ross Revenge was salvaged from the Goodwin Sands and brought in to Dover Docks as an abandoned derelict. She was in appalling condition after nine years at sea and with much of her machinery having been run to destruction. If nobody took responsibility for the ship her next voyage would be to a scrapyard which at the time was all she was fit for, but an informal supporters club was formed who paid the salvage costs albeit in instalments and Ross Revenge was handed in to our care. Thereafter, the small team decided that they should fix things, easiest things first.

Putting new light bulbs in empty sockets was simple as was laundering the damp bedding and there was much elation when the heating was made to work and when water came out of the taps, not that you would dare drink it. The original anchors and chains were left behind on the Goodwins where they will remain for ever more. Sourcing secondhand replacements seemed like a major advance.

Time passed and Ross Revenge was allowed to leave Dover, to be taken to various locations in the South East while further repairs and improvements continued at a pace controlled by the skill of the volunteer workers and the budget available. After ten years in the Port Of Tilbury, Ross Revenge was deemed fit to go and lay at anchor again and further improved to be fit to board the public.

There was of course the minor matter that having been an actual pirate ship, though in an unlicensed radio sense, nobody actually knew who owned her. Some years of legal investigation were needed to unravel this until the Admiralty Court decided that she belonged to me. The new status enabled us to start the equally complex process of creating a Charity which now exists, with a charity number, trustees and a bank account, all under the title MV ROSS REVENGE ( Home Of Radio Caroline ). The ship has been handed to the charity.

And so, we could continue tinkering with the Ross for the foreseeable future, as an example, she is now a fully functioning radio ship again and a popular visitor attraction but in her 62nd year she now needs major attention. This is far beyond our abilities to either carry out or fund. It would be a terrible pity to admit defeat after thirty years of effort and equally we think she deserves a better future than to be an interesting relic.

As the very last example afloat of our once mighty deep sea fishing fleet and as home to the most famous radio station in the world, she is unique twice over. We would like to have her made pristine again, to turn her unused spaces in to an exhibition/educational area and restore her machinery to be fully useable again. We are prepared to continue doing what we are capable of, but to see the culmination of our dream we need a fortune of money.

But as the wise Chinaman said ' If you would achieve a great task ! '.