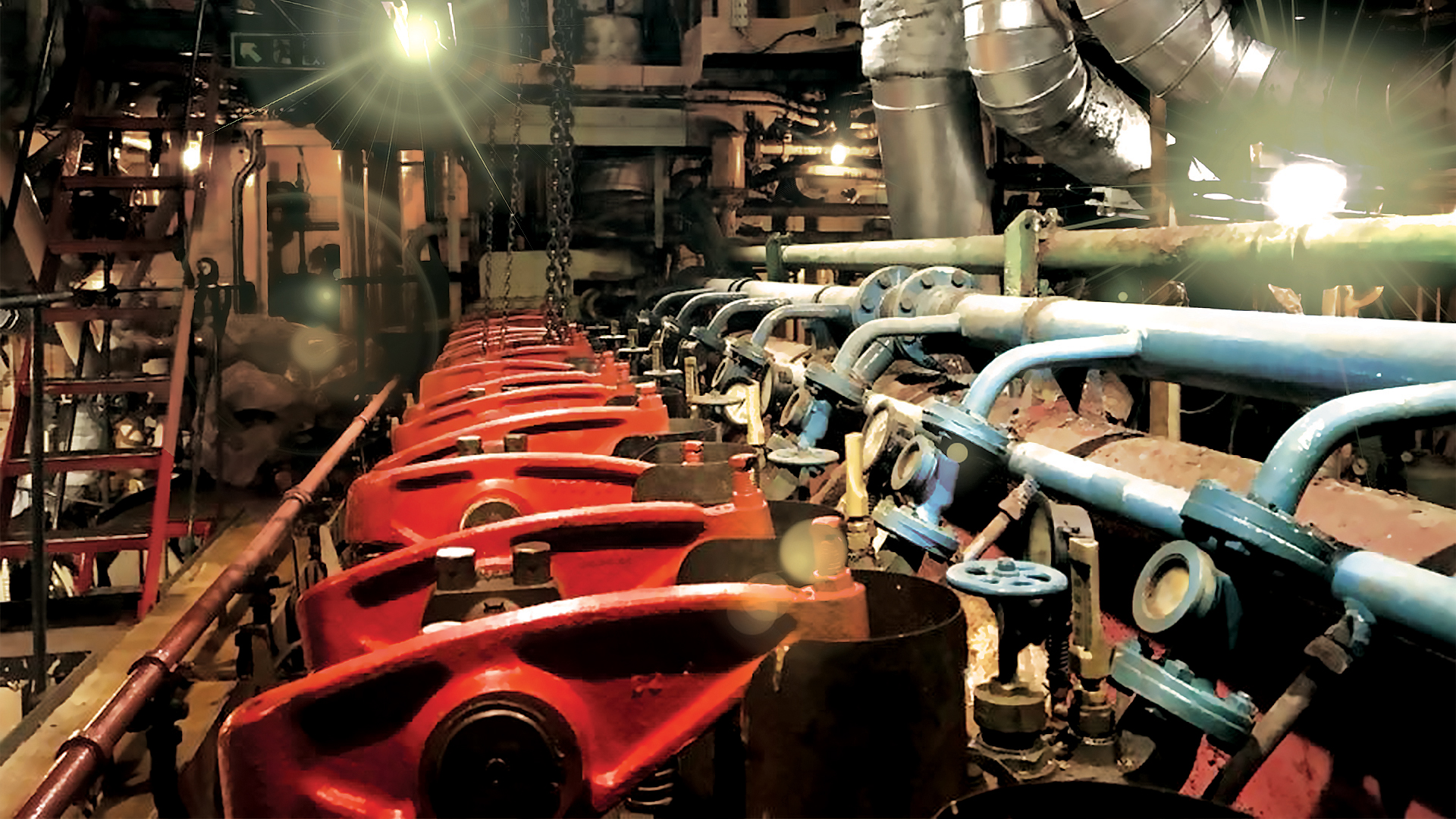 In various locations and over time, many vessels have been turned in to broadcasting ships. Some operated with longevity and success and others less so. Some, albeit having fine ambitions, never sent a radio signal at all or ever reached their intended destination. Our vessels Mi Amigo and Ross Revenge had the most dramatic careers of them all.

Lightships were often chosen which were built without engines, or powered craft where the main engine had failed beyond repair such that the ship had only scrap value. Once anchored, these vessels were static broadcasting platforms, but the lack of an engine caused considerable risk as every radio ship that has put to sea has gone adrift at some point.

Revenge was unique in being the most robust radio ship ever prepared, but further she was initially not worn out or unserviceable but simply redundant from her intended purpose. She travelled from Scotland to Spain under her own power in the early 80’s and later travelled up and down the North Sea while awaiting the arrival and installation of a new anchor chain to replace a chain that had failed. 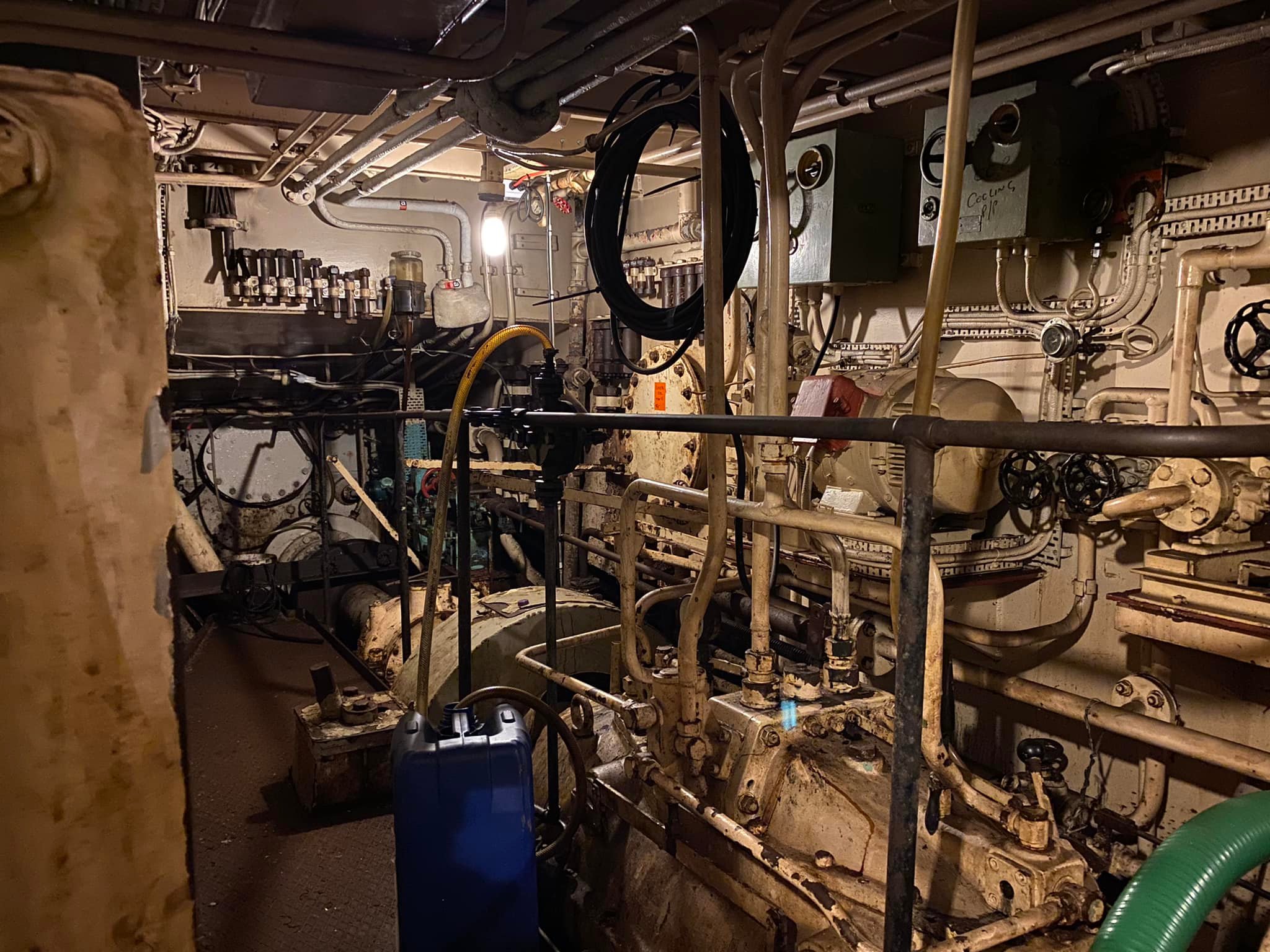 But the focus of repair and maintenance was of the studios, transmitters and broadcast generators with the ships machinery being of secondary importance. Carelessness caused one DC generator to be run without oil and the engine will have to be renewed if the unit is to ever work again.

By 1990 when Radio Caroline finances plummeted, no thought was given to nor was there any possibility of maintenance and the caretaker crews whilst being dedicated, had in any event no marine knowledge or competence.

A case in point was the hydraulic steering gear where air started to enter the system and as nobody knew to bleed the air out nor how this could be done, the rudder travel increased until it could swing freely full travel with such violence that the hydraulic rams and motors were wrenched from their beds. On being brought in to harbour, some attention was given to the steering gear but the repair efforts stalled.

The main engine was run in the mid 90’s and various ancillaries such as the DC switchboard. Compressors, Deutz and M.W.M DC generators restored to use along with the heating and fresh and salt water systems. The sea valves of which there are many, received attention at Chatham Historic Dockyard, but this happened nearly 30 years ago

By order of the Marine Safety Agency the propeller shaft is locked to prevent it turning when the ship is under tow. This is presently of benefit since as the shaft has not turned for 35 years, it would probably tear the seals and flood the engine room. Phase 1. of restoration would be to restore oil pressure and water circulation to the main engine and to warm it through. Then it may be possible to turn it very slowly via electric barring gear and then, having had the air bottles ultra sounded, to build air pressure and spin the engine on compressed air. 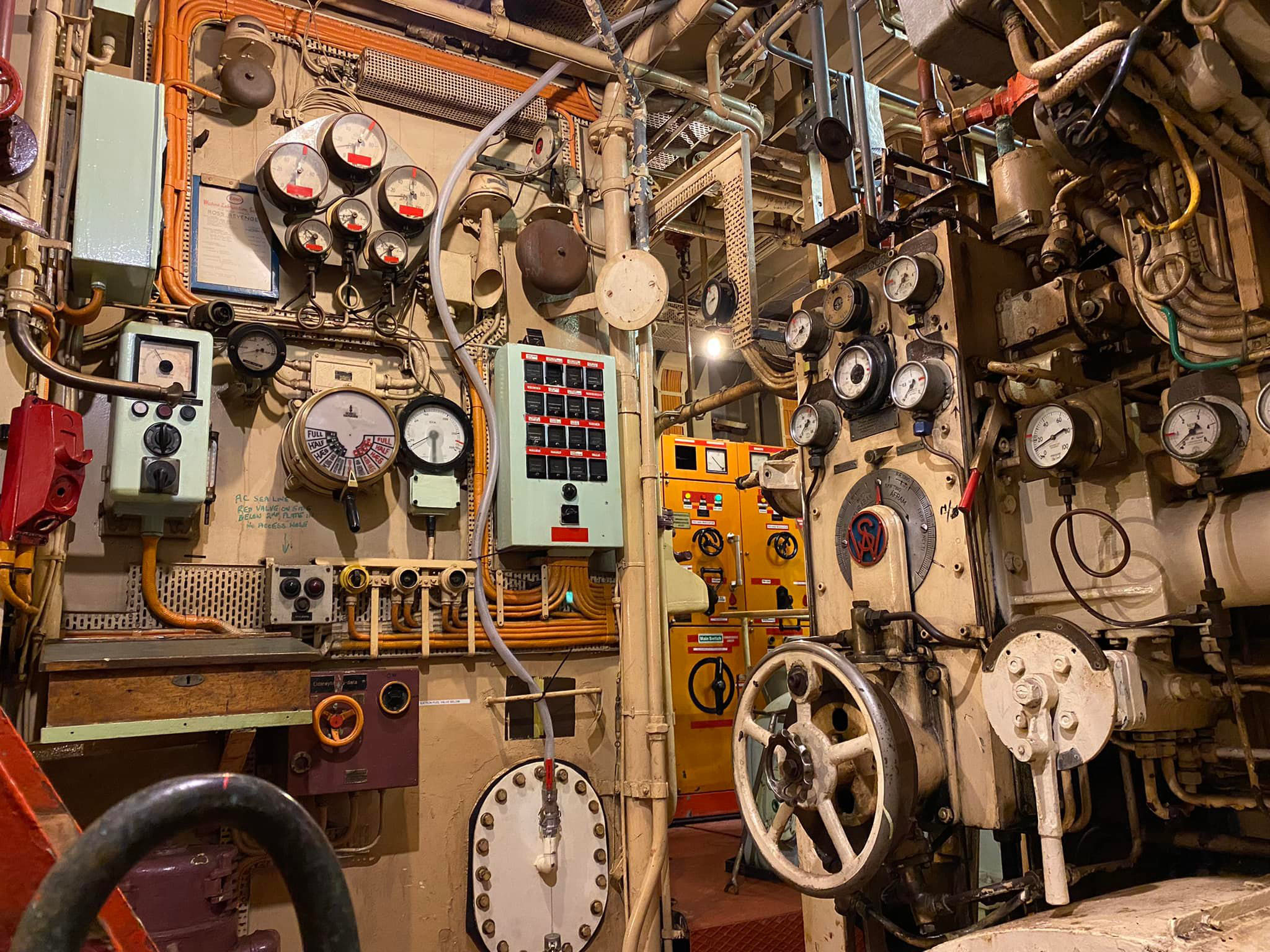 This said, the air intakes on the funnel are presently blanked and the twin turbo chargers will need to be purged of rust along with many other associated tasks. There seems no reason why the Vulcan Coupling ( fluid flywheel ) should not function but this must not happen until the shaft is drawn and examined in dry dock and at the same time the variable pitch propeller mechanism will also require overhaul. This is all a mighty task but conversely, in 1992 nothing in the engine room functioned and now quite a lot of it does and unless something is found that is utterly beyond repair our normal process of steady persistence may achieve a result as has been the case in the past.

There is a 10 cylinder Werkspoor main engine working in the restored Dutch tug Holland, we have the other and there are no more.