The forepeak area of Ross Revenge which is considerable, and which extends over three levels is a wasted resource at this time. The lowest level is the anchor chain locker, not suitable for the public, but which could be racked out for storage. In the original build of the ship there was, on the two higher decks, accommodation and washing facilities for 24 men 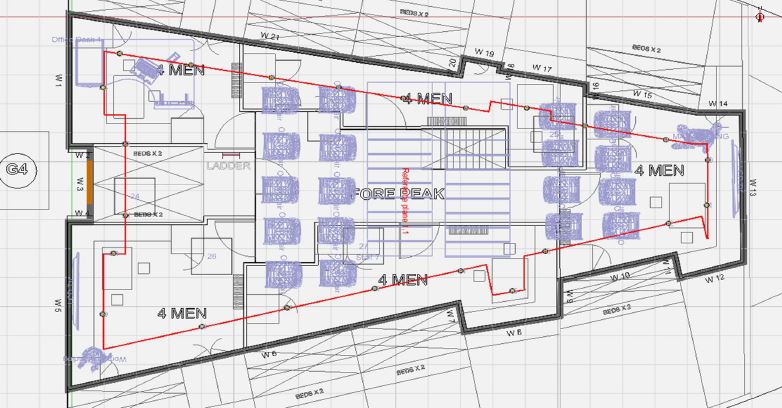 It may have been intended that the catch be processed on board hence the need for additional crew, but this did not happen and the areas were gutted, leaving only one cabin which is now mostly derelict.

As for racking out the lowest level, there is always the tendency when space is available to fill the space up, such that the two upper levels were full of ‘ things ‘ brought on board by people who thought they may be useful sometime or frankly since putting the items on the ship was a convenient means of disposal. Goods that had no marine value, such as emulsion paint, chipboard and offcuts of kitchen work tops, cutlery and crockery, cooking utensils and car tyres, accumulated over time. When smoking was prohibited in public places, sixty ash trays appeared on what is in any case a non smoking ship. A mass disposal of such junk happened prior to leaving Tilbury Docks, but the process is not yet complete. 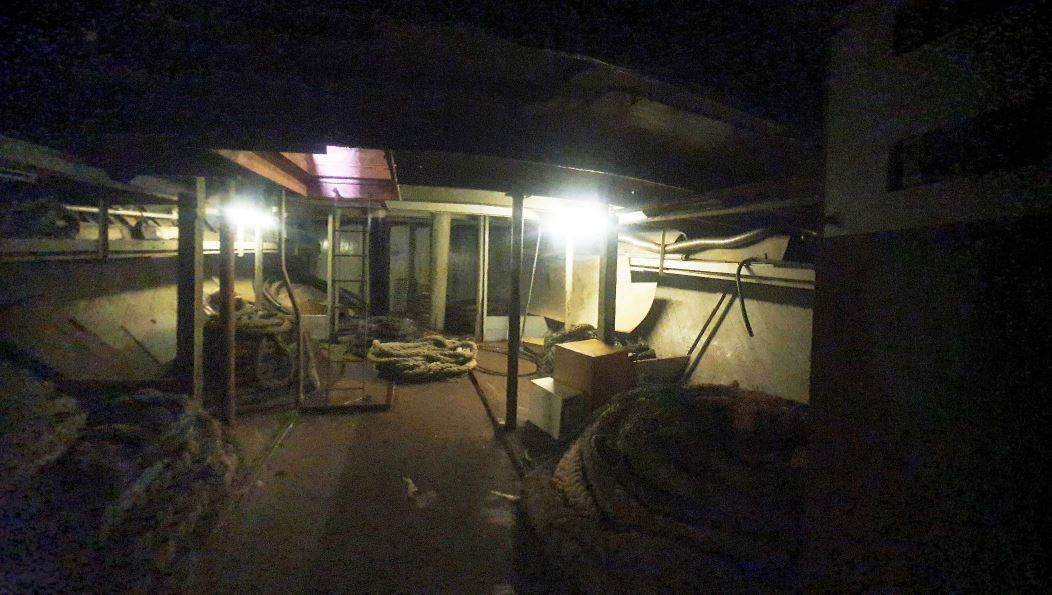 Items which do have a value can be stored on the lowest level.
This will leave two decks, essentially triangular in layout, to be gainfully used. The intermediate level has much additional space behind where the photograph was taken and has a non structural bulkhead that could be removed to create an open layout that we see as a classroom/cinema. 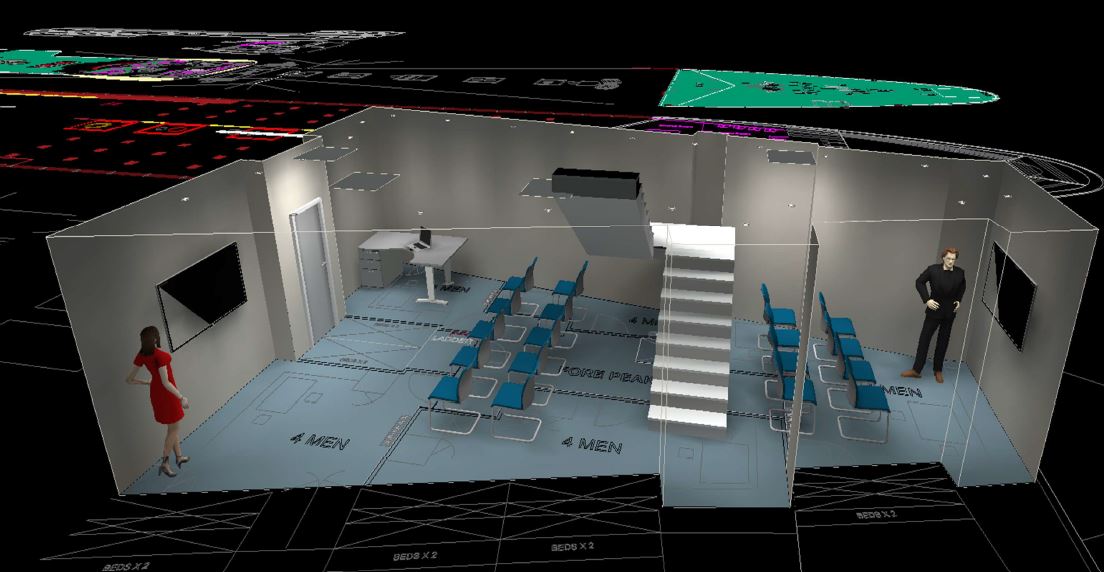 The upper level is accessed from the main deck and the port and stbd sides do not presently interconnect but could be made to do so. We envisage a walk through exhibition area on the stbd side, leading to a door in to the port side where crew cabins, washroom and eating area could be recreated for visitors to understand the living conditions experienced by trawler crew of the era. Our main accommodation aft is at times private, being occupied by our present crew.


As for content of any themed exhibition, that may be carried over also to the classroom level, this would be the history of UK deep water fishing and the reasons why this industry for the most part no longer exists. For the themed exhibition to progress we are dependent on a yet to be calculated sum of money, marine architects (to draw up fabrication plans for this area), and volunteers with varying skill sets to assist us.

The radio history of the ship and that of Radio Caroline generally is also notable and dramatic. In this respect, the founder of Caroline, Ronan O’Rahilly, placed his lifetime of accumulated possessions in storage some years ago, but as his dementia took hold he either abandoned or forgot about these items and subsequently passed away.

Radio Caroline traced and recovered this archive, which will contain the so far untold back story of Caroline.
The O’Rahilly family have gifted the collection to us.